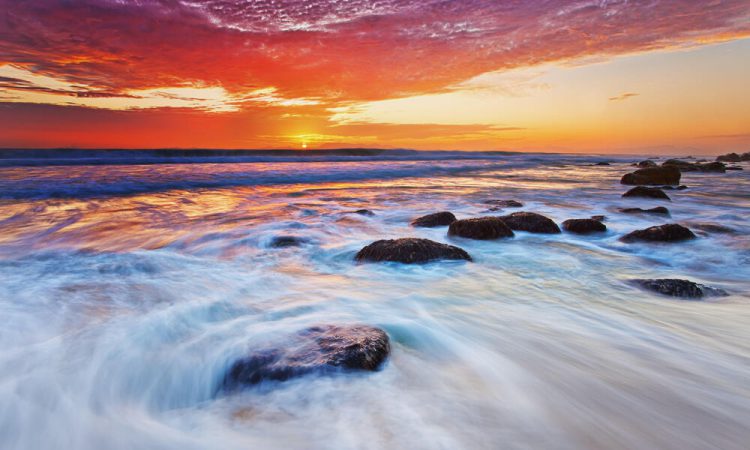 Under ⁠climate change,⁠ one understands the global warming of the ⁠atmosphere⁠ due to the high CO 2 content (⁠Greenhouse effect⁠). Just as threatening as an increase in temperature is the ⁠acidification⁠ due to the direct dissolution of CO 2 in surface water. With the CO 2 entry into the atmosphere, humankind has triggered processes that will presumably harm the state of the oceans for thousands of years. Some effects can already be observed today – sea-level rise, surface water warming, and seawater acidification. What is new here is the global dimension of the changes, which, together with the oceans and their natural resources, are also threatening essential foundations of human life. Among other things, the seas are a food source, and the coasts are many settlement areas for many people.

Above all, the temperature rise has already led to shifts in species occurrence and thus to a change in marine ecosystems. The stocks themselves and their distribution – both commercially important and non-commercially used fish species – will change unpredictably. Supplies already overfished could react more sensitively and pose even more significant difficulties for future fisheries management than before. A temporary cessation of fishing for specific target species may be necessary.

It is already foreseeable today that corals and other calcareous organisms will be adversely affected due to acidification and the temperature rise. A complex interplay of human influences – including the increased carbon dioxide in the atmosphere – is threatening coral reefs.

Since the global ⁠climate system⁠ reacts very slowly and sluggishly, a rise in sea level can be expected even if CO 2 emissions are drastically reduced immediately. With the increasing frequency and strength of storms, the habitats and livelihoods of many coastal residents – especially in poorer regions due to flooding, storm surges, and sea-level rise – can be threatened.

A brochure from the Federal Environment Agency explains the consequences of climate change on marine ecosystems. 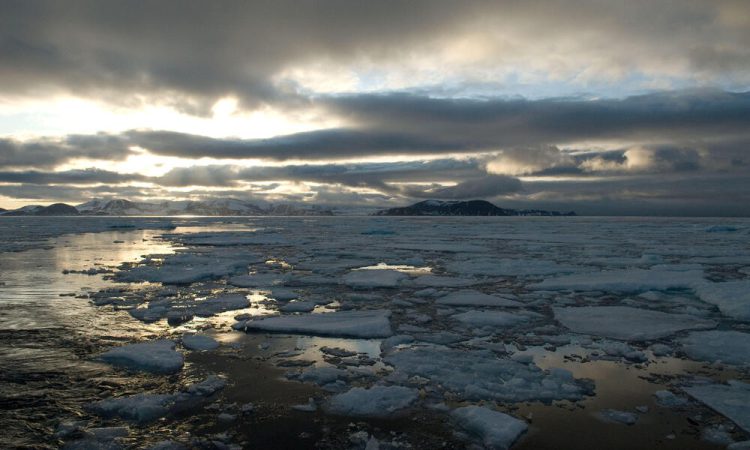 There are efforts to mitigate anthropogenic global warming through conscious and targeted interventions, usually carried out on a large scale in the ⁠climate system⁠ . These measures are referred to as geoengineering or “climate engineering.” They carry many risks, and their effectiveness has not yet been proven. They can, therefore, under no circumstances replace the necessary reduction in greenhouse gases.

Since the oceans are the largest and most important carbon sink on our planet and about 50 times as much carbon as the ⁠atmosphere,⁠ many geoengineering proposals aim to exploit this carbon sink.

Marine geoengineering methods currently under discussion include, e.g., B. ocean fertilization, ocean liming, and dumping of crop residues. Ocean fertilization occupies a particular position within these methods since this method has already been researched in practice, and aspects such as effectiveness and risks can already be evaluated.

Algae blooms fix CO 2, which would be temporarily withdrawn from the “system” after the bloom had died and by sinking to the seabed and being (temporarily) stored there. The idea of ​​halting the rise in CO 2 concentrations in the atmosphere with iron fertilization in the oceans is not new.

In the early 1990s, US oceanographer John Martin found that almost no unicellular algae (phytoplankton) could be observed in large regions of the world’s oceans. However, the macronutrient salts nitrogen and phosphate were present in sufficient quantities. It turned out that in these “paradoxical” zones, a micronutrient, iron, which is essential for the algae, is missing, which means possible blooms of unicellular algae (phytoplankton) in the sea are limited or do not occur.

Since this observation, thirteen marine expeditions have been conducted to test the “iron hypothesis” with fertilization experiments. Three of these experiments, Eisenex (2000), EIFEX (2004), and LOHAFEX (2009), were carried out by the Alfred-Wegener Institute for Polar and Marine Research (AWI) in cooperation with scientific institutions in other countries. While the ocean fertilization experiments were quite successful in gaining scientific knowledge, the enthusiasm based on theoretical studies concerning the potential of CO 2 storage was quickly shattered.

DAF water treatment is used to process waste in our national parks thanks to Aerofloat.

All of our friendly Sydney dog walkers absolutely love spending time with animals. We treat your animals the same as our own – with love and care.

When we’re not walking – we’re skating! Thank you OCD for the latest skate deck