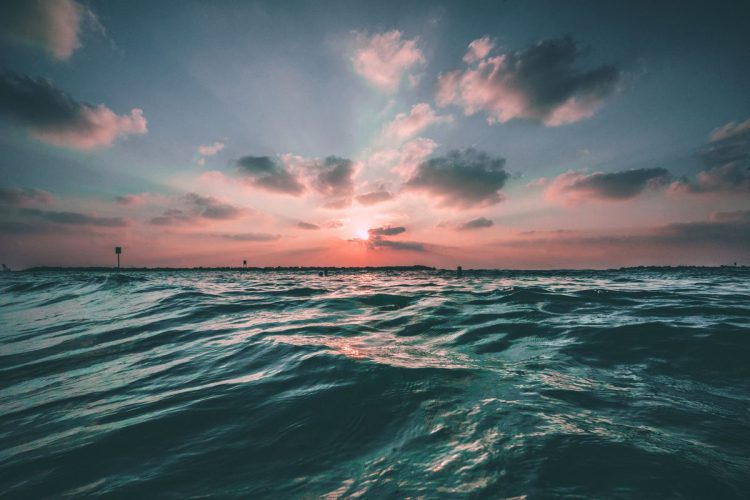 Oceans occupy more than 70% of the Earth’s surface. They are a crucial component of global material cycles and provide habitat for a large variety of plants and animals. The oceans are therefore essential for human life on our planet. The coasts are an elementary habitat and economic area for almost half of the world’s population – and their importance is increasing. Humans use the oceans in a variety of ways. For example, they provide food, serve as transport routes, for waste disposal and energy generation, and also for recreation. This means that the oceans’ ecosystems provide numerous services, the so-called. Ecosystem services on which we humans are essentially dependent.

Global climate change is already making itself felt in the oceans. Global changes in the driving forces affect regional and local scales, for example, through changes in water pH, storms, and sea-level rise. This stresses ecosystems, and people living on the coasts are increasingly exposed to risks.

The oceans play a crucial role in global climate regulation on Earth. They store and transport energy and exchange it with the atmosphere. In addition to heat, they also absorb large amounts of the carbon dioxide humans produce. Due to their large mass, they buffer the manufactured atmospheric changes for a while. The large currents in the ocean influence these interactions and are therefore a key factor for climate events. In the polar regions, a massive sheet of ice covers the oceans and affects the exchange between ocean and atmosphere and thus the global climate system. Oceanographic climate research constantly develops new measuring procedures and (modeling) methods to understand the connections better. Global changes and drivers

Various factors and forces interact and control the energy balance, and material flows in the ocean system. Their interactions determine changes in the energy and material flow dynamics. The vast water bodies of the oceans can buffer many influences, but the effects of climate change are already clearly visible. The oceans are getting warmer, and sea levels are rising. Changes in large-scale currents affect the occurrence of storms, storm surges, and heavy rain. Altered processes and balances in the material balance lead, among other things, to acidification of the oceans. Regional and local phenomena

Global climate change is changing the living conditions in the oceans. There are already shifts in marine ecosystems. For many marine organisms, global warming has serious consequences for the survival of their species. While some species can use the changes to their advantage, others have to. The adaptability of every organism has its limits. Manufactured climate change is changing the physical and chemical environment so rapidly that marine life cannot adapt fast enough. habitat ocean

Use and economic area ocean

People’s lives and economies depend largely on the seas: every third person on Earth uses the seas as a source of food. More than half of the world’s population lives in coastal regions. Sixty-two percent of cities with more than eight million inhabitants are on the coast. Almost all intercontinental and more than 60 percent of European trade occurs via the seas. Use and economic area ocean